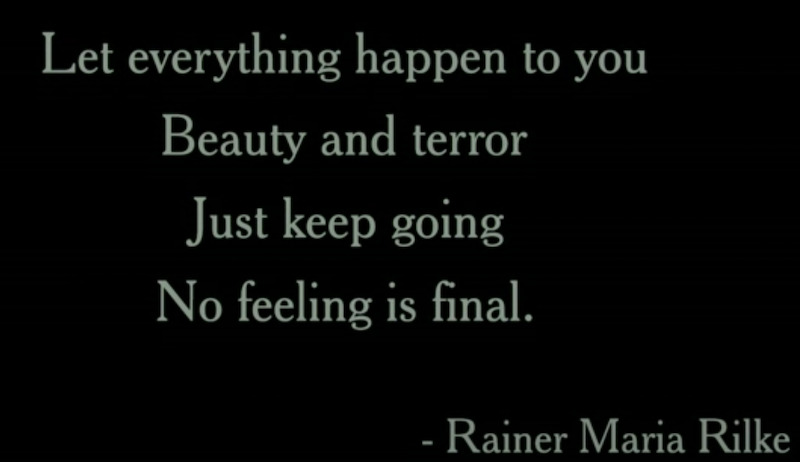 So, yeah. That's the last frame of Taika Waititi's fascinating movie Jojo Rabbit. It resonated with me, as it shook loose a bit of my congealed feelings I've been burdened by.

Weeks ago, I had been meaning to post a jokey entry about how the apparent response to the Pandemic is mostly suggested to be: Be Like Clayton.

...but even though I used that joke a few times with some friends, it never really felt all that funny.

The larger worries about how the world is facing a major hurdle, combined with increasingly-confirmed fears that those in power are ill-equipped to face it, have cast my little sadnesses into sharp contrast.

Which, of course, just makes me feel insignificant on top of sad. Which is, itself, funny - but only to the part of me that is not particularly helpful.

Meanwhile: Since working from home and single-parenting kids will eat my soul, I've decided to take a psychology course from Yale online. Brilliant! 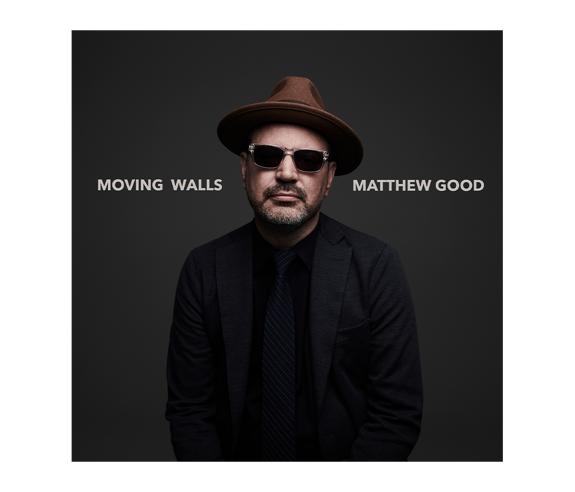 It's Been On Of Them Years.

I think I already knew, but the actual word churns up emotional trouble inside myself that I admit I am afraid of.
I should be braver, like she is.
And see the fascination within it, like she can.

We'll see where we are, and go from there.

Basically, I am still struggling with how to process the notion that I will never get a leadership position in engineering at DAIMLER. My internal drives motivating me to excel have long included management ambition in engineering. While I know that logically I should find a way to leverage this as a form of freedom, and re-kindle some of my long-neglected interests. But it still squats on my soul as sense of hopeless frustration.

Perhaps it would be easier to hold if the managers in engineering were more, on the whole, obviously better at managing. Such that I could see how I do not measure up. But it's not like that. At all. 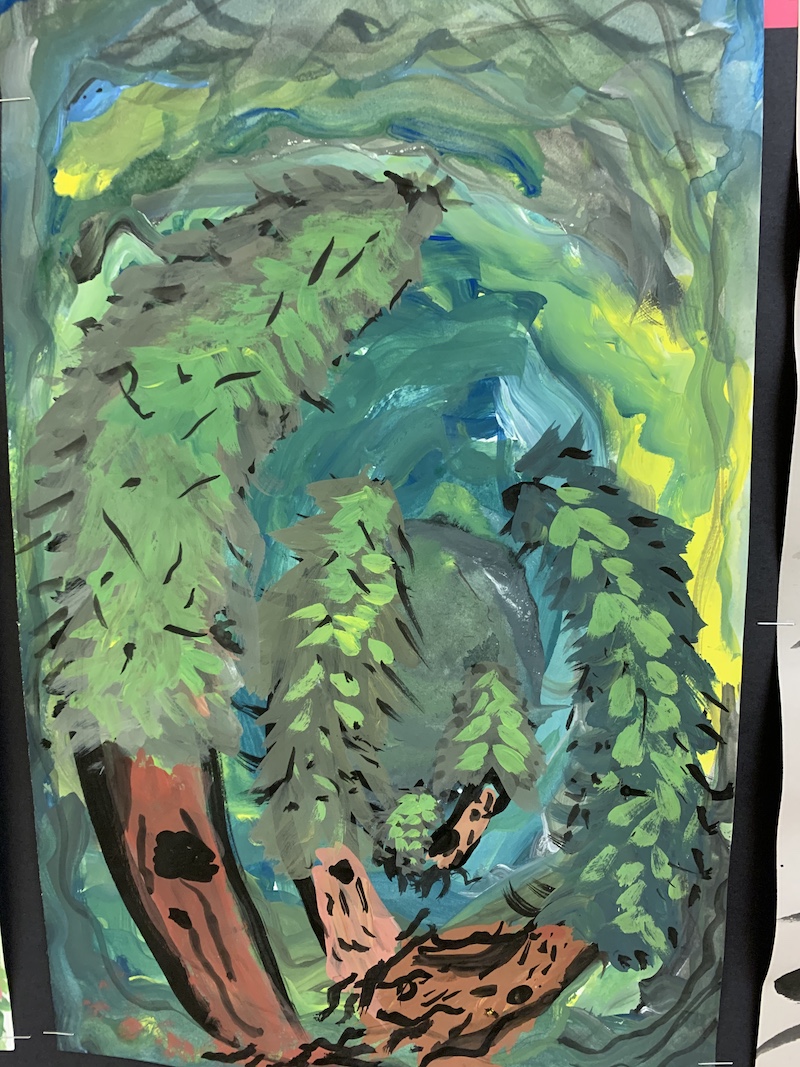 I love how this piece conveys a sense of being a little kid in the woods. The arch of the trees bending toward the distance and crowding out the sky. She is so brilliant it hurts my heart.

There is nothing wrong.
Worry about losing what is right chases me through the maze of my thoughts and feelings.

I am loved.
My ability to access the people and activities that bring me joy is harshly circumscribed.

The future looks good.
Any sense of control or choice slips through my fingers with every grasp.

It's not that anything bad has happened, or is happening.
It's that I have mostly doubts instead of ready coping mechanisms.

I think know how to parent Simon. His talents and pitfalls are very much in line with my own, and I am confident in our ability to navigate them together so that he will be able to succeed in life.

But I am unsure about how to be the best parent for Violet. Her talents are alien to me, and the strengths I leveraged to figure out my life are not her strengths. I see others like her struggle, and suffer. I want to trust in her, and that our family will be able to help her find her path to a good life. But I am wracked with fears of her having things go so wrong as to be regrettable.

Tutoring is the obvious next step, but I have associated fear that this might lay foundations of resentment in her.
Medication has also occurred to me, but I am horrified at the idea of smothering her joyous spark.

A recent scientific journal discussing a possible "Fundamental Law of Memory Recall" is a rare piece of mathematical application to a neurobiological function. The formula of:

It's a prediction for the average number of memory items recalled (R) out of M items in (human) memory.

To have the experimentally-verified performance of human memory based on theoretical neuron function is, for me, reason to pause. Partially for the sense of uneasiness I have with it being that easy or deterministic. But more for the reinforcement of the grave limitations of human memory.

This article is purely about simple recall. But it is also probably true that every time we remember something, we are actually re-writing those memories. It makes for a worrisome loss of fidelity.

Coincidentally, I have had reason to do a lot of re-reading portions of this blog/wiki. The mostly-stable artifice of what I manage to set into these writings have some very keenly-feel importance to me. There is a lot of my experiences that I would have never been able to summon well any other way. Even though - and this is a crucial discovery for me today - the sense I had when I was writing some of them was that they were just time-filling expressions near-apathy. The way I was oblivious to the value of some of those moments in my face at that time is interesting.

Of course, even more cherished are the times I did have big feelings - and I wrote them down as best I could. The vivid detail that they bring back to life is... priceless.

Simon has been playing Dungeons & Dragons for about a year now, and it has been a hoot to watch him flourish in these imaginary realms. But now we have been playing a D&D adventure to include Violet, since we have frequent bouts of Dad+kids time and there's only so many walks through the neighbourhood they're willing to take me on.

The shining hope has been to give them a setting that rewards cooperation, while letting Violet transition her massive imaginative play into a more interactive mode. Plus the bonus of there being reading, writing, and math for her to practice. All while getting to share some exciting times together and bond.

The reality has been a bit more challenging. Simon gets impatient and wants to do everything, which drives Violet to slump back and let the game happen to the point where her mind wanders off into her own imagination. We're still managing to have fun, and Violet is gamely tackling the math thrown her way, but attention span is definitely limited.

Additionally, Simon's strong feelings still overwhelm him regularly. While they are disruptive, it is definitely an opportunity to engage him about them, away from the shaming exposure of his usual gaming cohort. And as long as we manage to keep things fun, I think Violet seeing her has-it-easy older brother working on things will help her feel emboldened to work on her things too.

What I forgot about was the way in which role-playing opens a window into your fellow players which allows a kind of understanding not normally accessible through usual social interaction. I really love being able to keep a relevant insight into who my kids are, and I hope I can leverage this for a long, long time.

Just to state up front, I recognize that Iran's leadership is arguably one of the worst actors in the globe with respect to supporting acts of terror and violence. But a people is not it's leadership, especially in a mostly-totalitarian theocratic regime.

In the wake of the seemingly-arbitrary US missile attack to kill Qasem Soleimani, there was worry that the main effect would be to galvanize the progressive segments of Iranians into supporting nationalistic anti-US jingoism. And indeed they did swear retaliation. But that retaliation came in the form of 6 hours of advance warning, and resulted in no loss of human life. It struck me as being incredibly, well, civilized.

Then there's the horrific shooting down of a civilian airliner with anti-aircraft missiles, killing a bunch of Canadians. If this had happened in another country, (like, for example, Russia) it would have been denial layered with no response at all. Instead, after a small delay, Iran admitted to the act and apologized. Even though it may make them lose some internal political coherency, and give fodder to their enemies propaganda machines. But it is the act of a coherent member of the world stage, and I think it will serve them better in the long run.

Went and re-watched STAR WARS: Rise Of Skywalker with Simon, this time in IMAX 3D, and saw a bunch of new detail with this watching. But one piece of dialogue stands out.

Way back in EMPIRE, Han Solo famously responded to Leia's "I love you" with "I know". A bit of dialogue that was later reversed in JEDI. This tidbit makes me think that it was being directly referenced in RISE when Han Solo appears to his son, Ben Solo.

The moment when Ben says, very uncharacterstically, "Dad..."
Then there is a pause and Han Solo says, "I know."

I like to think this means that, in the idiom of their family, Ben told his dad that he loved him.

I've already made the pun to Simon about 2020 being a year of improved vision; he was not impressed.

But it is certainly true that after the Great Sorting of feelings and directions in 2019, the holiday season has allowed for a great deal of peace to be unfolded over most of my life. And nurtured in that space there are many plans unfolding, with a certain sense of optimism.

Some people need to find the edges of things, instead of assuming what they might be.