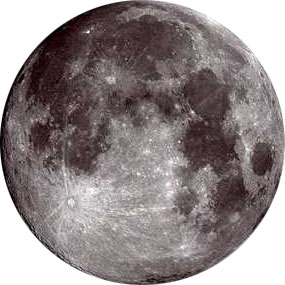 A shiver runs down my spine, and I try to calmly accept another lonely night at home by myself.

The usual distractions are hollow, and cannot contain the restlessness. Fearing the worst, I slink out the door, and try to escape.

Nestled in a pleasant cove of new homes in a quiet neighbourhood, this house is an entirely inappropriate setting for what is to come. Still, I feel unable to pick a too-direct route leaving, because I do not want to be observed. Keeping to only secondary roads, I leave as quickly as I can.

Intentionally making my way through poorly-lit alleys and vacant lots, I eventually manage to migrate to a much less pleasant region. The buildings are older, and poorly maintained, with many layers of neglect confusing the graffiti. The few people I do happen across are withdrawn, and carefully avoid all forms of contact - veering away, eyes down, ears closed.

By now sweat is drenching my old shirt, and my breathing roars raggedly in my ears over the thumping of my heart and the slapping of my feet. I must have found some broken glass, because flecks of dark blood flick from my bare feet.

My feet are numb now anyway from all the running. All that matters is the cold, hard knowledge in the pit of my stomach that release is near. With an exponential thrill, I know that it's around the next corner, waiting for me. The anticipation builds to a painful crescendo as I pad around the abandoned gas station, leaving bloody footprints across the dirty broken concrete. The red haze curls and flickers at the edges of my sight, the world slows down, and it begins.

Too few street lights still work on this lane, and harsh shadows are cast across the broken row of parked cars. Four furtive forms are clustered around one unfortunate automobile. I do not know exactly what they are trying to accomplish, but the important getting-into-the-car phase seems to be attempted without keys... Regardless, I can taste their thrill of excitement, and smell their startled fear when they realize my appearance. After a brief hesitation, as a group they assume an affected air of nonchalance.

"Whacha doin', man?" and, "Whachoo lookin' at?" come at me in rapid succession. The tones are demands. Threats. They're young; eighteen, maybe nineteen. They think they're immortal, and it shows in all that they say and do.

I smile my evil smile as I run along the sidewalk. A chuckle escapes from me.

In a practiced manoeuvre, one of the quartet moves across the sidewalk, partially in my way. My obvious path of least resistance is made to appear to be between the tough against the window and his partner against the now-forgotten Honda. Their two comrades sidle along the far side of the car, trying not to be too obvious about their intention to arrive at the sidewalk just as things get interesting.

I do not take the obvious path. With a vicious hip-check that would make any Canuck proud, I drive one youth through the cracked storefront window. Without pausing, I pivot low, under the clumsy swing of the fender-guard, and resume running down the sidewalk - faster now.

Fazed for only a moment, they're sprinting after me. In their bloodlust and enthusiasm, they fail to notice that the slapping sound of my feet has changed to something more akin to cleats on gravel.

When the first one grabs at my shoulder, I sink my talons into the pavement and stop abruptly, while I grab his wrist. I let his momentum swing him around, and I use him to knock sprawling-tumbling another comrade that was a close second. The third place goon isn't close enough yet, so I haul the one I'm holding back by his broken wrist. His angry groan of pain leaps briefly to a shrill scream of fear when I grab his chin to wrench his head around with a final crunch.

As I eye the three confused victims that remain alive, I toss aside the limp body. I'm sure they see more of the red haze that fill my eyes like flame than the misshapen form that I become.

Gasps, yells, and oaths are uttered as they flee.

It doesn't matter. They'll all be dead soon. And I'll be able to rest.

For a while, anyway.