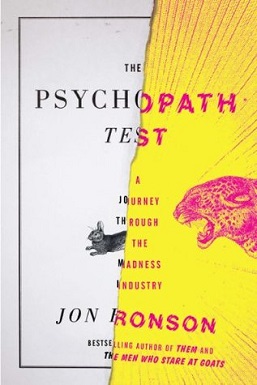 Back in another life, I remember reading Jon Ronson's book, "The Psychopath Test" and feeling a creepy sense of too much of it making sense (while also being entertained). The aspect that shook my view on reality the most was the hypothesis about the prevalence of high-functioning psychopaths in the upper echelons of big business, as this seemed entirely too plausible from my vantage in the lower echelons of big business.

The strict definition of psychopaths and sociopaths being highly correlated to impulsiveness that makes criminality extremely likely. However, suppose there is a demographic of these low-empathy types who are self-controlled enough to avoid succumbing to overt criminality, but not quite high-functioning enough to succeed in a high-skill arena. Where do these hypothetical entities turn instead to stroke their personal sense of power and dominance?

Imagine that there is a profession where one can be conferred significant authority without having to master any annoyingly difficult cognitive skills. Plus add a bonus of having the ability to get away with some criminal activity, just in case the urge becomes irresistible. It would seem that typical police work in the United States is a veritable honey-pot for these hypothetical middle-draft psychopaths.

Find me a hypothesis that better fits with the data, and I'll thank you for helping me struggle against my misanthropy.